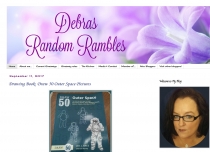 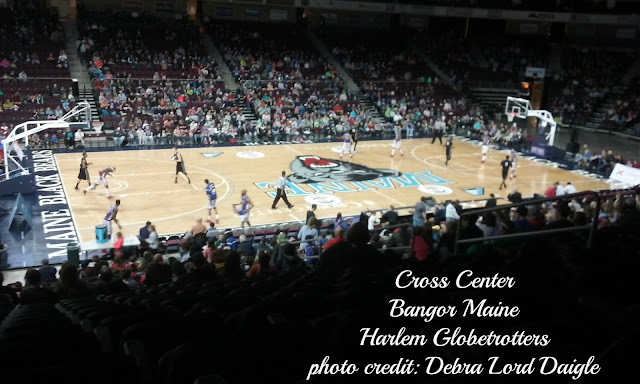 *I was compensated for this post. In exchange for a review and promotion, I was given tickets to the Bangor Maine show. No other compensation was given.

Celebrating 90 years of providing smiles, sportsmanship and service to millions of people worldwide, the world famous Harlem Globetrotters will bring their unrivaled family show to an arena near you during their 90th Anniversary World Tour. On the court, the Globetrotters' 90-year celebration will feature some of the greatest athletes and entertainers on the planet.

You won't want your family to miss it - use promo code FAMFUN to save 25% off your tickets.

Get your tickets HERE.

Here are a few of the many pictures we took during the game. 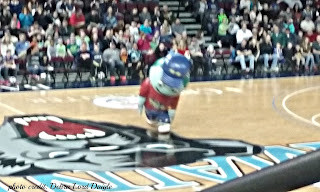 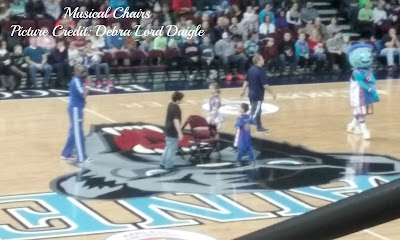 The little girl won! Here's the secret: The little boy in the blue t-shirt got eliminated, but the big kid in the black t-shirt, intentionally lost so she would win! He was a sweetheart! His parents raised him right. 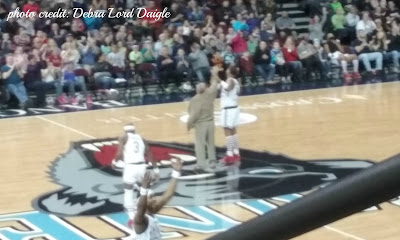 This sweet older guy, won the dance contest!! He was down and dirty and kicked it! He was a 73 yo widower but I didn't get his name. He was awesome!

All in all it was a super great time and everyone had a blast! A fun time for all ages!

*I was compensated for this post. In exchange for a review and promotion, I was given tickets to the Bangor Maine show. No other compensation was given.

Leave a Comment
submit a review Join our blog team

Proud Member of The US Family Guide Network